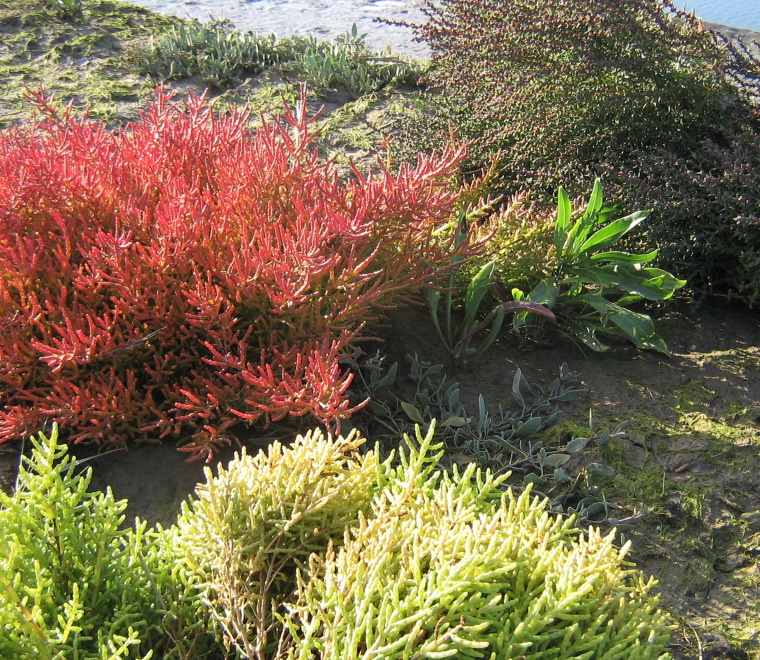 On our dedicated habitat creation and restoration website, we share information on implemented schemes around the UK and beyond.

It is now commonplace to compare restored habitats against so-called 'natural' ones; but what are the implications of this curious phrase?


If something is not natural, then what is it?

This might seem like a relatively simple question, but it is also an important one for those working on coastal habitat restoration to answer. It appears to be particularly relevant for those investigating the creation of new intertidal habitats through the managed realignment of coastal defences.

The most obvious answer is ‘unnatural’, but there are many other synonyms that could fit the bill. These include: abnormal, artificial, affected, fake, false, sham, synthetic, or even spurious.

But why bring this up, and what is the significance for habitat restoration?

Use of the word ‘natural’

It has now become commonplace for restoration specialists, when evaluating the structure and function of restored coastal habitats, to do so by comparing them against “natural” habitats. For example, “this restored habitat is performing in such and such a way relative to natural habitat”. This approach seems to be adopted particularly when describing restored saltmarshes and mudflats, but it can also be applied to other habitats such as seagrass beds.

This is not a new phenomenon. Atkinson et al. (2003), in their investigation into the performance of realignments, made their comparison in this way. Though they were sufficiently self-aware to use quotation marks on one occasion: “within 5 years invertebrate and bird faunas have developed that were similar, although not identical, to those found on ‘natural’ mudflats”.

Today this phraseology appears to be more regularly used. It has become a common way to describe how newly formed habitats develop and it is now ubiquitous in reports, papers, presentations and conversations. However, making a distinction between a restored and a natural habitat does seem rather strange.

What are the implications?

We are privileged to be part of a global community of specialists working in the field of coastal habitat restoration. It is a remarkable and fulfilling area of work. The best bit of the job is, of course, watching as new habitats develop. That is the culmination of all the hard work we do.

It is great to see the first tides flow over a habitat and the first plants, invertebrates, birds and fish rapidly move in. We might use many words to describe these moments and these changes. These might include: amazing, inspiring, fascinating, and fulfilling.

Surely no one would look down at a restored saltmarsh and think it is anything other than natural. In fact, natural is exactly what it is.

What we are typically witnessing is the natural recovery of habitat from a damaged, or some might say ‘unnatural’, condition. This includes damage wrought by land-claim which has stolen and severed vast swathes of historic coastal wetlands.

Certainly, for most tidal wetland restorations, especially those of any meaningful value and scale, the very essence of them is that they allow recovery to take place in as natural a manner as possible.

Why should we care?

Some may argue this is about semantics; they are just words. But really it is more than that, for the following reasons:

Hafez, a 14th century Persian poet, said "The words we use build the house we live in". If we disavow, even implicitly, the naturalness of restoration, we are building a very strange house indeed.

Any implication that restored habitat is something other than natural is unhelpful to what we are seeking to do: deliver more restoration projects to address declines in biodiversity, tackle the challenges of a changing climate, create more sustainable shorelines and achieve many other benefits for communities.

Crucially, it is unhelpful for making the case for restoration to a necessarily very broad audience. It is also, simply, inaccurate.

It creates a misleading narrative that leads to otherwise informed and helpful press articles referring, jarringly, to ‘artificial’ salt marshes. It results in stakeholders dismissing the value of a restoration project because "it isn’t the same as natural habitat" (based on true events and personal lived experience) while also knowing there is a raft of science out there that could lead them to think this way.

2. There are other possible words

Many other, better, words could be used to make this comparative evaluation. Restored habitats could be compared against mature, established or older habitats. As one example, Wollenberg et al., (2018) use the term ‘mature saltmarsh’ in their review of carbon accumulation in the Aulac managed realignment (Nova Scotia, Canada).

3. It creates a misleading expectation

There is a misleading expectation, inherent in this terminology, that there is an ultimate and definable zenith to be reached. That success will be achieved if only a restored marsh can become like a natural marsh.

However, there is no such thing as ‘A natural’ saltmarsh (or indeed any other habitat) when they vary so much in response to their location and environment. Chatters (2017) concludes that "there is no universally accepted technical definition as to what comprises a saltmarsh". This absence of a single agreed and definable state for habitats is vital to recognise in making coastal management decisions.

4. It makes an erroneous value judgement

Using the word natural to universally describe habitats that are not restored, implies that older habitats are inherently better than younger ones by virtue of an apparent naturalness. This is not a truism. It is precisely because so many established marshes are in a parlous state, that restoration is required.

Also, the functional value of young marshes often exceeds that of older ones, depending on their design and location. The former are likely to have especially high rates of carbon sequestration for example (Mossman et al, 2021; ABPmer 2021) as well as comparatively high levels of flood protection, biodiversity and recreational value (eftec, 2015; Natural Capital Committee, 2020). Comparing different habitats, old and new, based on their functions and benefits is a more scientific, accurate and helpful approach.

The habit of comparing restored habitats against so-called natural ones has become so prevalent, that it may take a lot of time to change. If it can be done at all. Notwithstanding, we believe it is important to reflect on what natural means, and to be cautious with its use.

It goes beyond just giving a misleading impression about the value of, and motives for, habitat restoration. There is a broader issue with how we interpret ‘naturalness’ in the Anthropocene when human influences, past and present, are so integral to what takes place at the coast and in the wider marine environment.

As we aim to meet the challenges posed by climate change, sea level rise, dynamic coasts and declining biodiversity, it will be increasingly important to be clear about our goals for restoration, and to recognise there are no perfect habitats and that variety is itself important.

It is also important to be clear when communicating to a wide audience. The writer Rita Mae Brown may have said it best: “Language exerts hidden power, like a moon on the tides”. The words we use can be vital.

ABPmer is a recognised specialist in marine and coastal habitat creation, restoration and protection. We work with clients from initial conception through planning and consent to scheme implementation.

Footnote: All of the above refer to meaningful, valuable and sensitively designed coastal adaptation projects, including the 77 managed realignment projects so far undertaken in the UK (omreg.net). While we recognise that some biodiversity enhancement initiatives, such as introducing small ecological niches to sea walls, might merit being called artificial or engineered, such projects are a separate case.

Natural Capital Committee (2020). End of Term Report To the Domestic and Economy Implementation Committee of the Cabinet 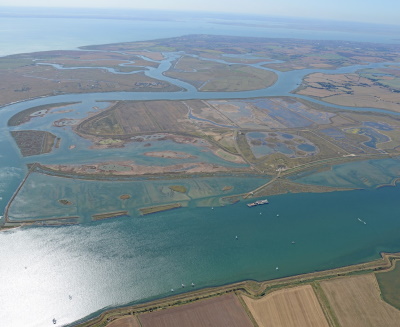 What do we know about the ‘Blue Carbon’ value of managed realignment projects, and what do we find when we compare 10 very different UK case examples? 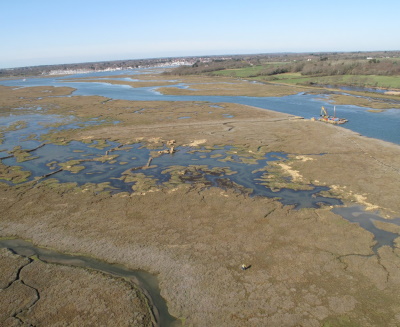 The Environment Agency has published a practical guide for beneficially using dredged sediment for estuarine and coastal habitat restoration. 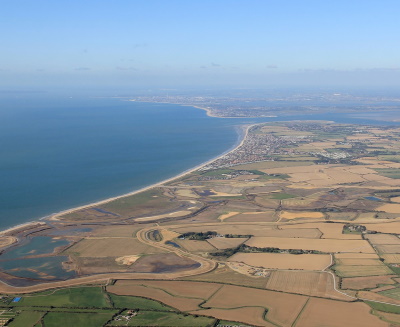