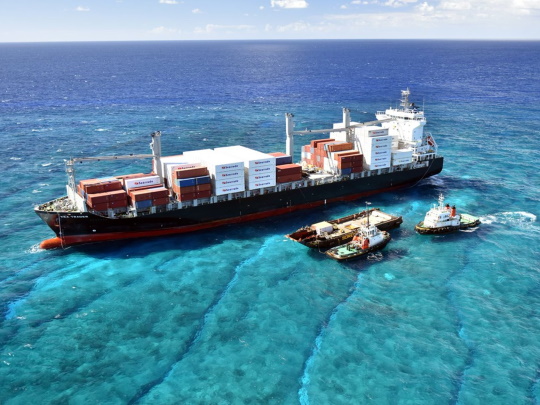 In July 2017, the 25,000dwt containership Kea Trader was en route from Papeete in Tahiti to Noumea when she ran aground on a reef in the South Pacific.

The MV Kea Trader was only half a year old when she grounded loaded with 782 containers and flat racks on the Durand Reef off the island of Maré in the Loyalty Islands, New Caledonia.

Ardent Oceania Salvage, a subscriber to our WDTX service, was contracted to re-float the ship off the exposed reef which is often subjected to harsh weather, especially long ocean swell.

Our weather downtime calculator was used to run a variety of scenarios with various assets to gain an understanding of the downtime which can be expected throughout the salvage.

We also provided detailed metocean data for the area allowing the salvors to better understand the ocean swell and corresponding local effects of the reef.

Discover SEASTATES
We've detected that you're using an outdated Internet Explorer browser, the site might behave in an unexpected manner. To get full functionality please use a modern browser.