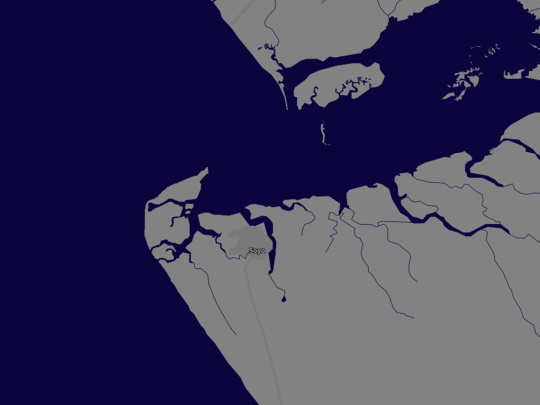 To support the construction and operation of an LNG Plant at Kwanda Base, Angola there was a possible need to build a new road and bridge. The bridge could be located in an area surrounded by sensitive mangrove stands. It was important, therefore, to understand the implications of any hydrological effects of the bridge (during and post-construction) on this habitat and the fish inhabiting the tidal channel.

To understand the nature and scale of any bridge effect on the water and shoreline environments, ABPmer was asked to undertake a high level assessment.

We reviewed available information from earlier assessments, developed a conceptual understanding of the hydrodynamic and sediment regime and how it influenced the mangrove ecology, assessed the nature and scale of the potential impacts of the scheme on the hydrodynamics, water quality and marine ecology of the area during and post construction and provided recommendations for any further investigations.

This work followed our earlier support to the project that investigated the feasibility of constructing an LNG plant near Soyo, Angola undertaking numerical modelling to investigate two alternative schemes.

Project construction began in November 2008, with Bechtel, alongside ConocoPhilips, overseeing the project. The first cargo was shipped in June 2013.