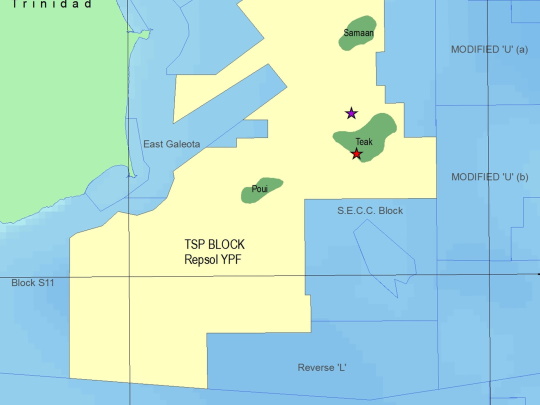 Environmental Sciences Ltd (ESL) commissioned ABPmer to undertake an EIA to investigate the installation of exploration and development wells; a production platform and pipelines and land- based production facility within the East Brighton offshore Block La Brea, West Trinidad.

To support ESL we developed a hydrodynamic model using two grids to understand the natural processes in the study area; a coarse regional model of the south-eastern area of the Gulf of Paria, and secondly, a local model nested within the regional model to provide sufficient resolution for the sediment and oil scenarios.

Applying modelling techniques we were able to establish the potential environmental impacts of oil spill dispersion scenarios and the fate of sediment arising from the installation of the pipeline. The outputs of the model were used to inform the subsequent EIA.

Sediment transport modelling was undertaken to assess the fate of sediments disturbed on the seabed during pipeline trenching operations. The Delft3D-PART particle-tracking model was used for this purpose using the sediment tracer facility. Results indicate that the worst-case scenario for suspended sediments is installing the pipeline during the dry season at Location 1, as the sediment plume is larger and brought closer to the coastline. The worst-case scenario for sediment accumulation is installing the pipeline at Location 1 during the wet season, as sedimentation within the dock at Point Fortin is at its highest.