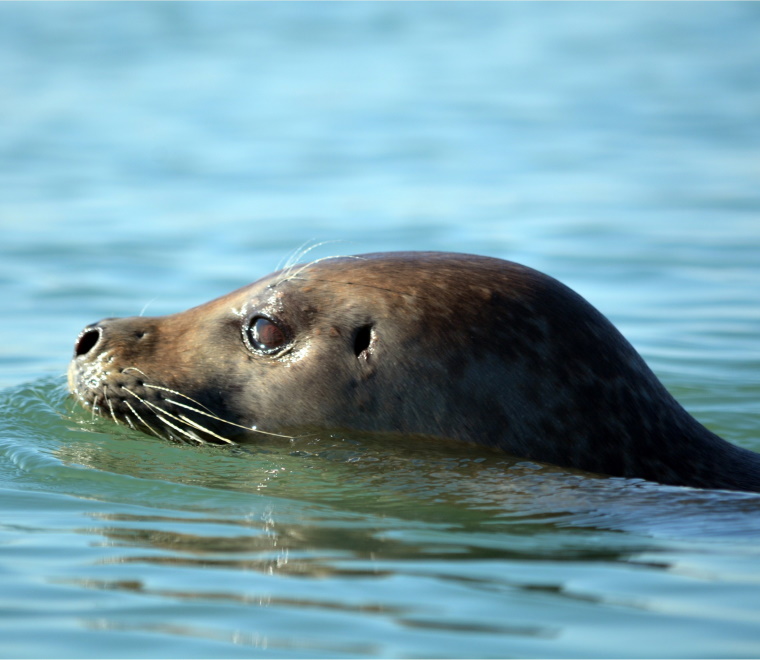 The findings of acoustic seal deterrent trials, part of a wider study led by ABPmer, have been published.


The findings of acoustic seal deterrent trials undertaken in an inshore gill net fishery have been published by the Marine Management Organisation (MMO).

The trials were part of a wider study, led by ABPmer on behalf of Defra and the MMO, to improve understanding of how seals interact with English fisheries and to examine non-lethal measures to deter them from taking catches (depredation).

Over ninety fishermen responded to a survey about their experiences with seals. Following this data gathering exercise, ABPmer reviewed the different methods available to reduce seal depredation — namely gear modifications, fishing tactics and non-lethal deterrents. The outcome of the review found that there were limited commercially-available non-lethal options for use in fisheries.

This led to trials being carried out using a prototype of the targeted acoustic startle device (ASD) developed by Genuswave, which triggers a startle response that causes a seal to move away from the sound.

It operates at a much lower sound dose (volume and duration) than other acoustic deterrents and a frequency range where seals’ hearing is more sensitive than other species. The ASD has no adverse impact on marine mammals such as dolphins and porpoises, and should be more effective in the long-term at deterring seals compared with other deterrent devices.

Two inshore vessels (one from Torquay, the other from Brixham) were involved in the trials, each deploying two nets at a time — one net fishing as normal (the ‘control’), and one net with one or more ASDs deployed nearby (the ‘test’ net). Catches from each net were recorded, as well as the number of damaged fish in each net.

The trials found that:

Suzannah Walmsley, ABPmer project manager, said “Although the trials experienced technical difficulties with deploying the prototype ASD at sea, overall the results show promise for it to be an effective seal deterrent. This has already led the ASD developer to make the units more robust and to explore alternative ways of deploying the devices at sea. Additional work and testing is needed in other locations and fisheries before conclusive results can be drawn.”

The project was funded through the European Maritime Fisheries Fund and implemented by ABPmer in collaboration with the National Federation of Fishermen’s Organisations, and the trials benefited from support from the fishermen and the Devon & Severn Inshore Fisheries and Conservation Authority.