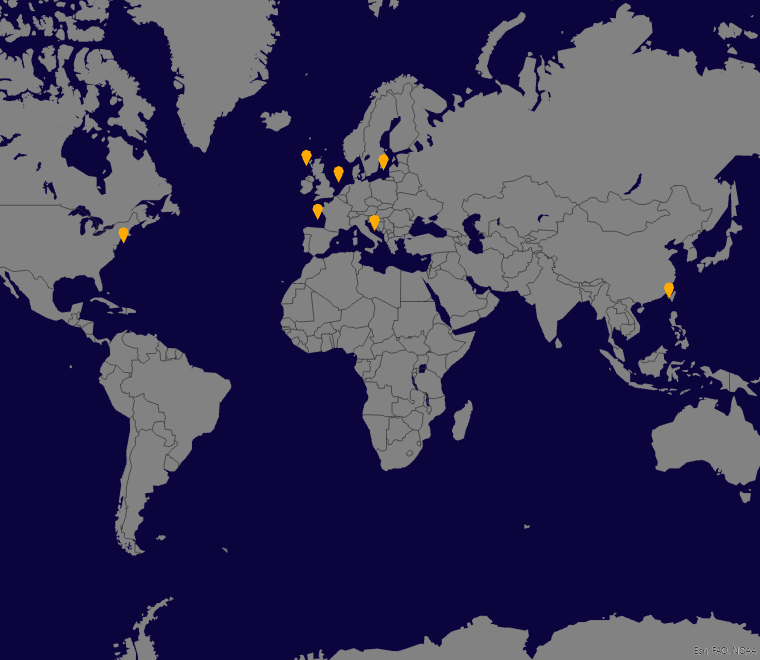 In a previous post we explained what regional characterisations are, and why they are important. Here we compare the characteristics of seven offshore wind farm development areas.


The offshore wind industry initially evolved and matured in the north west European shelf seas, principally in the North Sea and adjacent Baltic Sea. More recently, there has been increasing interest in developing offshore wind farm schemes in other parts of the world.

Wind farm developers and operators use both ambient and qualitative understanding of meteorological and oceanographic (metocean) conditions. Such information is fundamental to the success of any marine renewable development and is used throughout the project life cycle from energy yield to design requirements as well as installation and maintenance programmes.

ABPmer provides metocean statistics as well as regional characterisations and location specific assessments for marine developments around the globe.

Early in project development it is regional characterisation that comes to the fore. It informs decisions concerning the site selection, basic vessel choice, programme management and major risk identification.

Regional characterisations are developed for areas similar in terms of the relative importance of the key metocean factors, meaning that a single set of information will be broadly applicable to most locations in the region being described.

Regional characterisations are like a melody whilst site-specific metocean data and assessments are the words. It is in combination that insight and understanding arise, as one relates to the other.

In this post we provide and contrast very high-level regional characterisation summaries of conditions at seven offshore wind development zones, together with example wind roses and wave height scatter plots that show the distribution of significant wave height and peak wave period.

The Adriatic Sea is a relatively enclosed basin, with no open mouth to energetic oceanic seas. Its waves are generally locally wind generated over a limited fetch. The Adriatic is surrounded by land mass, which has significant influence on the meteorology. Its winds are mostly light, aligned with the axis of the Sea. Its waves are generally relatively small and steep, and currents weak, generated by local winds.

The Baltic Sea also has an enclosed basin with no substantial open mouth to oceanic water. But it is at a much higher latitude than the Adriatic, leading to ice coverage during winter months. Wind distribution is much stronger than the Adriatic, more characteristic of the North Atlantic where there are predominantly westerly winds. It has mostly small, steep waves, limited by the fetch over which they’re generated.

Note: Ice coverage during winter months needs to be considered for engineering design and operations planning. There is considerable variation in icing behaviour regionally, and from year to year.

The Southern North Sea’s waters are exposed with the northern entrance open to the North Atlantic. Though it has a similar distribution of westerly Atlantic winds to the Baltic, if slightly stronger. The scatter shows predominately wind generated waves, but a lobe of longer-period swell energy.

Note: The longer-period swell energy should be factored in when considering vessel operations. Metocean conditions in the Southern North Sea are well understood from extensive oil and gas and offshore wind activity, and a strong body of historical measured data is available.

The north west coast of Scotland

The north west coast of Scotland has exposure to the full North Atlantic fetch, though the Hebridean island chain offers sheltering for some wind farm locations. It again has westerly winds, though stronger than the Baltic and Southern North Sea. The area has far more energetic wave conditions, with dominant wave periods between eight and 14 seconds, characteristic of much longer period swell. In some areas, current conditions are strong and variable.

Note: This area is being considered for deep-water floating wind turbines. There is considerable spatial variability in metocean conditions due to topography, bathymetry and sheltering.

The Bay of Biscay

The Bay of Biscay has similar exposure to the influence of the North Atlantic as north west Scotland, though wind and waves are slightly less energetic.

Note: The effects of oceanic swell, strong and variable ocean currents and intense storms are of importance in engineering design and operational planning.

The US Eastern Seaboard

The US Eastern Seaboard is also exposed to the Atlantic, though winds are less strong than for the Scottish coast and Bay of Biscay. Its waves are less energetic, but there is a predominant presence of longer-period oceanic swell. Furthermore, this region is subject to tropical revolving storms (hurricanes) and also strong and variable oceanic currents associated with the Gulf Stream.

Note: The longer period oceanic swell may impact installation depending on size of vessel.

Taiwan has exposure to the Pacific Ocean, with complex topography and bathymetry. Its winds are dominated by seasonal monsoonal effects. It has energetic waves with a substantial presence of swell energy.

Metocean conditions vary widely around the globe. It is important to have both a good overview understanding of regional conditions and key processes, as well as detailed metocean criteria for engineering design, construction and O&M planning. This is especially true for regions where processes are difficult to capture in measurements and hindcast datasets; for example localised wind systems and the effects of tropical cyclones.

Wind roses and other metocean statistics are freely available from our Global Data Explorer.

Graphs are illustrative examples only; actual conditions depend on exact site location.

This post is based on a presentation by ABPmer's Robin Stephens, given at the Global Offshore Wind 2020 virtual conference. 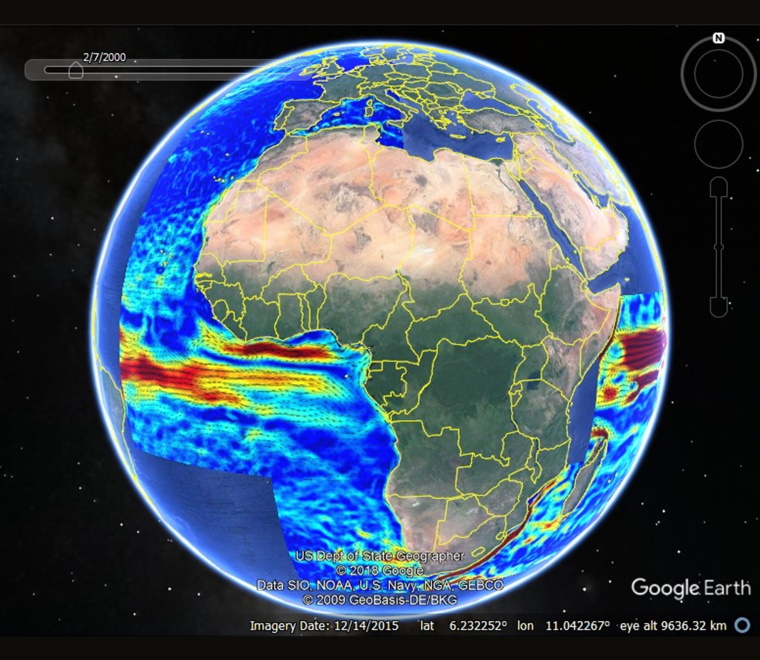 When deciding the best vessel configuration for your marine project, how can regional characterisation help you understand the processes controlling the local climate where you want to work? 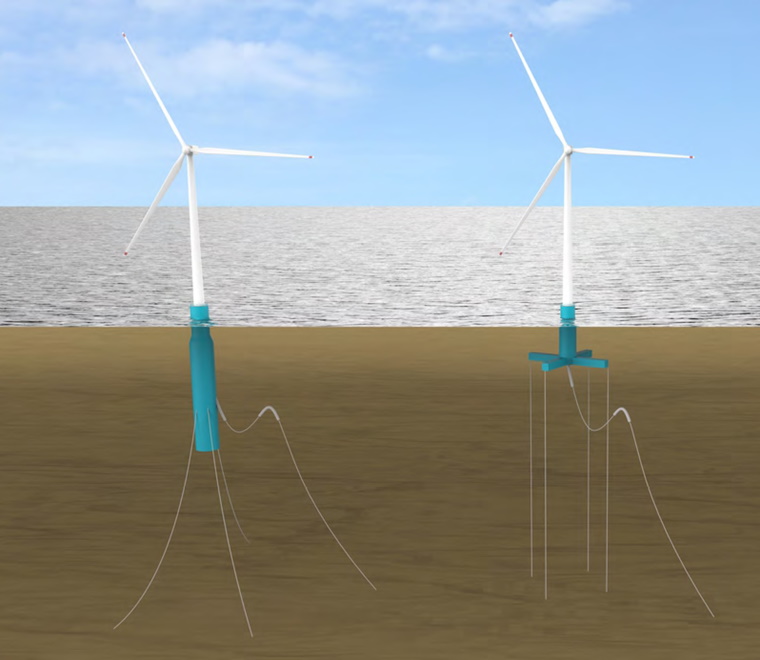 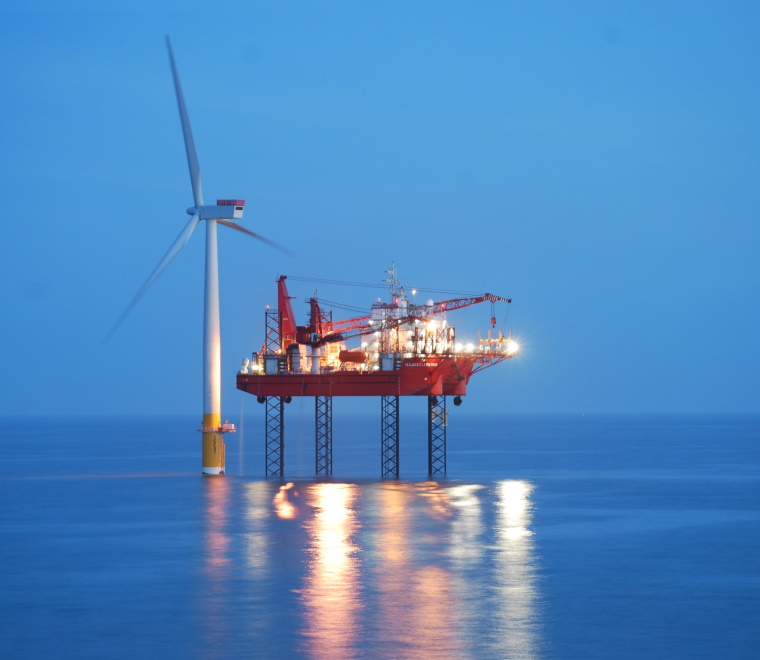 How should jack-up operators determine the appropriate airgap when faced with varying environmental loads?