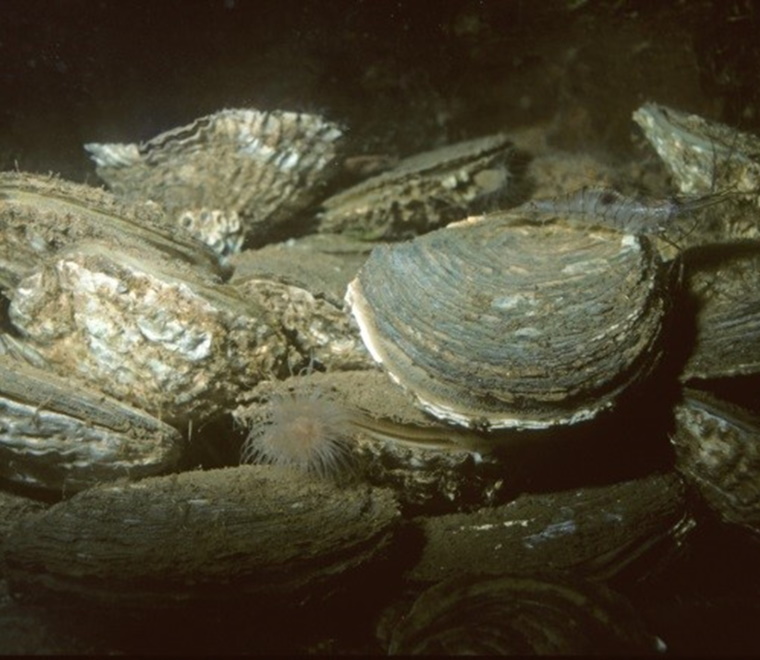 In November 2017, Caroline Roberts, aquaculture specialist at ABPmer, was invited to attend a three-day European flat oyster restoration workshop organised by the German Federal Agency for Nature Conservation (BfN) in Berlin. An outcome of the workshop was the establishment of the Native Oyster Restoration Alliance (NORA) in Europe, which aims to re-establish the native oyster in the North Sea and adjacent European waters and to restore species-rich oyster beds.


The European flat oyster Ostrea edulis (also referred to as the native oyster) once formed extensive beds in European seas, particularly in the North Sea. Oyster populations collapsed in the mid-20th century due primarily to overexploitation, and with recovery impaired by habitat loss and disease, the species is now considered to be extinct in large parts of Europe and the German North Sea.

The workshop was designed to enable the sharing of ideas and lessons learned between different restoration initiatives across Europe. Scientists, conservation advisors, restoration practitioners and oyster producers from 10 European countries attended. Case studies from Germany, the Netherlands, Ireland, Scotland, Wales and England were presented, while attendees from The Nature Conservancy and National Oceanic and Atmospheric Administration (NOAA) shared expertise gained from successful restoration projects for oyster species native to the United States.

Working groups explored potential actions and good practice to address some of the key issues facing European restoration initiatives. Such issues include the provision of oyster spat (juveniles) for restoration initiatives via hatcheries and spatting ponds, the transmission of disease, maintaining adequate genetic diversity, the selection of suitable sites and substrate, and key metrics to monitor at restoration sites.

The outputs of the inaugural NORA workshop, which will include a list of priority actions, will be published in due course.

For further information about the workshop programme and attendees, visit the BfN website.

A UK native oyster restoration network was established in November 2016; at time of writing, it is administrated by Alison Debney of the Zoological Society of London.