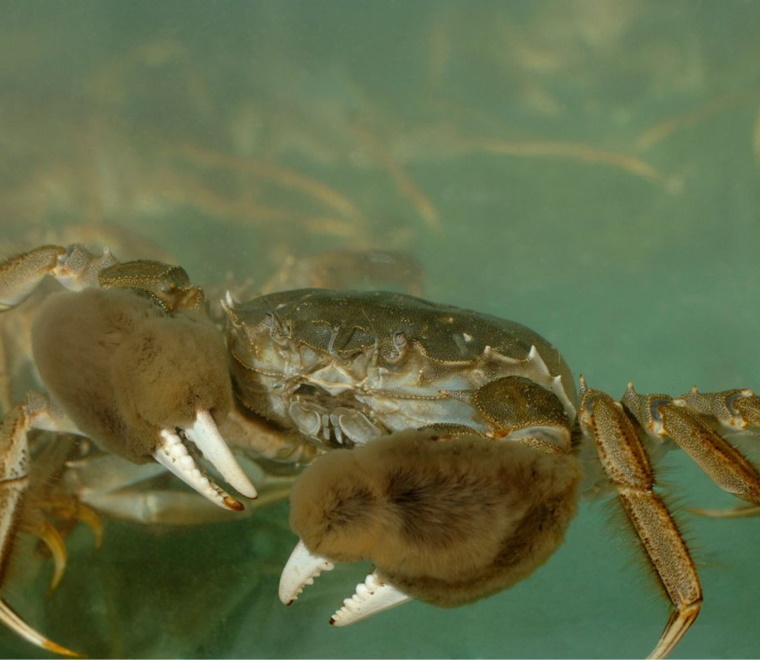 As such regulators are increasingly requesting them in the determination of licence applications.  More than 90 marine non-native species currently reside in Great Britain, some of which can cause significant operational disruption and environmental harm.

The Chinese Mitten Crab, for example, is known to outcompete native species for resources, while its burrows can reduce the sediment stability in banks with costly consequences for overlying infrastructure such as pumping stations and flood defences.

A biosecurity plan identifies and risk assesses the means by which INNS could become introduced and established, and outlines a set of preventative control measures to minimise the risk. Plans can be activity or location specific.

ABPmer recently developed a template plan for the aggregate dredging sector that was well received by regulators and has created tools to support biosecurity planning for Associated British Ports.

Sophie Appleby, Environmental Consultant at ABPmer, will be speaking about marine biosecurity at the UK Harbour Masters Association Annual Conference on 21 March in Edinburgh. Her presentation will consider the threats posed to ports by invasive non-native species and how biosecurity planning can help to address the risks.