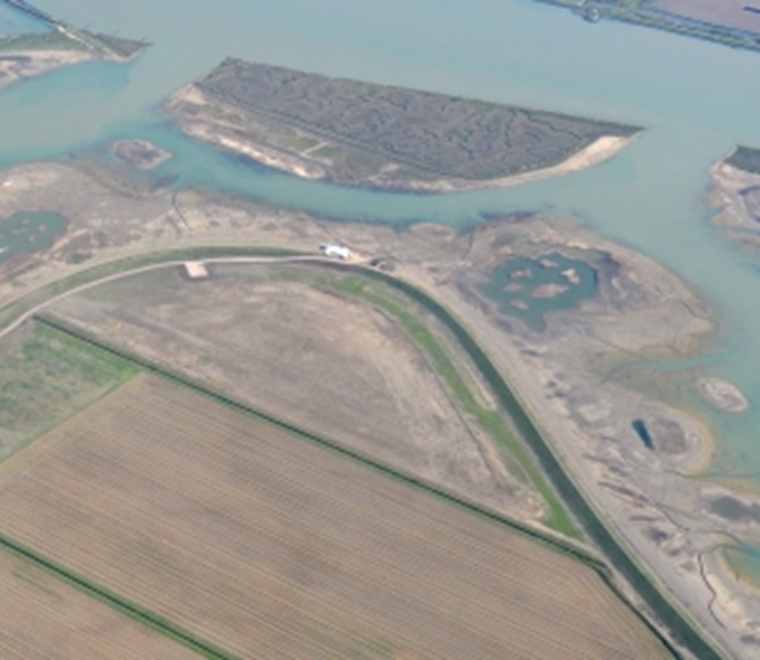 Since the stabilisation of three sea wall breaches, the Jubilee Marsh site of the RSPB’s Wallasea Island Wild Coast Project has been functioning well.


This summer saw the completion of first phase of the RSPB’s Wallasea Island Wild Coast Project (Jubilee Marsh). The sea wall was breached in three places in July, following extensive landscaping by Crossrail using excavations from their tunnels. Since then the site has been functioning well; the breaches are stable and many different types of creek, lagoon and island features have been created.

The 166ha site was a fantastic challenge for the RSPB to develop when, uniquely for this project, we had full control of over the landside topography before it is breached. This ability to pre-shape the whole site before allowing the tide to come in allowed for the creation of probably the most morphologically complex (and therefore, it is hoped, the most biodiverse) managed realignment in Europe. This complexity became evident when large tides arrived in late September and filled in the highest lagoons and creeks. Since then, the definition of the landscape has become visually much clearer.

On behalf of RSPB and several stakeholders, ABPmer has been carrying out the hydrodynamic and topographic monitoring work. The work is required to verify that the scheme is functioning as designed, and that the changes in the adjacent estuaries are as predicted. We have detailed measurements of the water levels, flow speeds, suspended sediment concentrations and dissolved oxygen levels in the Roach and Crouch Estuaries and the breaches. This will also form the basis of further ecological monitoring, research and lesson learning in the future.

Learn about our involvement in Wallasea Island Wild Coast project.