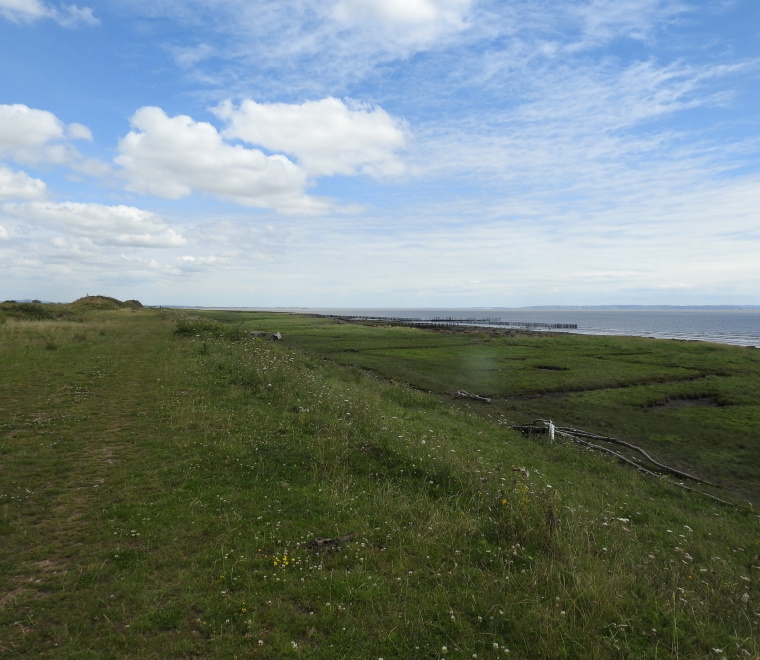 ABPmer's report for Natural Resources Wales, 'Estimating the Carbon Sink Potential of the Welsh Marine Environment', confirms that marine habitats in Wales can lock up huge amounts of carbon every year.

The study confirmed that marine habitats in Wales, such as saltmarshes and seagrass beds, can lock up huge amounts of carbon every year; the volume of carbon they can store is similar to those of terrestrial areas such as the Welsh woodlands and forests.

In other words, each year the marine environment locks away carbon amounting to the equivalent annual emissions of 64,800 cars or 115,600 return flights from Cardiff to the Canary Islands.

Of the coastal habitats examined in the study, saltmarshes were the most efficient at taking in carbon and placing it in long term storage, a process called ‘sequestration’.

Saltmarshes take in carbon dioxide from the air and surrounding water, and store it in the roots of its plants and sediments.

They are also important in mitigating other climate change impacts, through defending the coast from storms, remediating waste and reducing coastal flooding.

“This was a really exciting project for us. We have long said that blue carbon is important, and that saltmarshes in particular provide a range of valuable ecosystem services.

The study provides the evidence needed to continue creating and protecting blue carbon stores, as well as helping them recover where they are in decline.”