Biosecurity Planning in a nutshell

Biosecurity Plans have been a condition of several recent marine licences issued by British regulators (a new development).

Recently, we helped the British Marine Aggregate Producers Association (BMAPA) develop Biosecurity Planning Guidance, and then applied it to prepare a plan for one of BMAPA’s dredging regions.

What is biosecurity planning?

Biosecurity planning is needed to help reduce the risk of spreading invasive non-native species (INNS). INNS pose a threat to biological diversity, human health and / or economic activity. In the marine environment, the eradication or control of INNS post-introduction is often extremely difficult and costly. Thus, having robust risk management measures in place is particularly important.

Marine INNS have increasingly been spreading in Britain, principally due to transport via ships’ ballast waters, hull biofouling and imported consignments of aquaculture species. In the marine aggregates sector, there is an additional pathway through which INNS can be spread, namely hopper water. This is water used to fill the hopper (i.e. the storage compartment) of the dredger to increase vessel stability when it is not loaded with sediment.

A range of initiatives have been established to seek to limit or control the spread and transfer of INNS, including statutory measures such as the Ballast Water Management Convention, the EU Regulation 1143/2014 on Invasive Alien Species and the EC Water Framework and Marine Strategy Framework Directives. There is also a duty on conservation bodies / regulators to ensure that European designated habitats and features are not negatively impacted by the spread of INNS.

Developing a biosecurity plan for marine aggregates dredging
In order to obtain a licence to dredge on Area 526 (Culver Sands Extension) in the Inner Bristol Channel, several marine aggregates companies were asked to produce a Biosecurity Plan before dredging could commence. ABPmer, having supported the application process for this Area, was commissioned to help, by both creating guidance for the wider industry and preparing a plan for all the licences in the Bristol Channel region.

In undertaking this work, we were able to build on existing guidance for marine biosecurity planning (Cook et al., 2014), and experience with producing such plans for our parent company, Associated British Ports (ABP). The marine licensing bodies, namely Natural Resources Wales (NRW) and the Marine Management Organisation (MMO) were consulted during the process (Area 526 being a cross-border Area). The input of BMAPA and its member companies was also invaluable in understanding the risks, and developing practical risk management measures.

Stakeholders agreed that a regional approach would be best, and specific Marine Aggregate Biosecurity Plan regions were developed (largely based on the outputs of the Charting Progress 2 process (Defra, 2010), though adjustments were made to account for INNS presence).

1. Identify sources/receptors of INNS,
2. Carry out a risk assessment for dredge locations and routinely targeted wharves,
3. Detail control measures for each risk source (e.g. ballast water), and assess residual risk,
4. Detail surveillance, monitoring and reporting (including the introduction of biosecurity logbook on board of vessels and at wharfs).

The key novel, national, control measure introduced for the aggregates industry is the exchange of hopper water prior to entering a different biosecurity region.

Furthermore, the regional approach, and the nomination of a regional biosecurity manager for all the BMAPA licence holders, were solutions tailored specifically to BMAPA member companies.

Licences for Area 526 were subsequently granted, and the companies involved have started dredging marine sand, noting that marine derived sands are particularly important as a sand source to the construction industry in Wales. 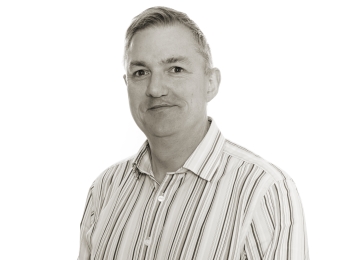